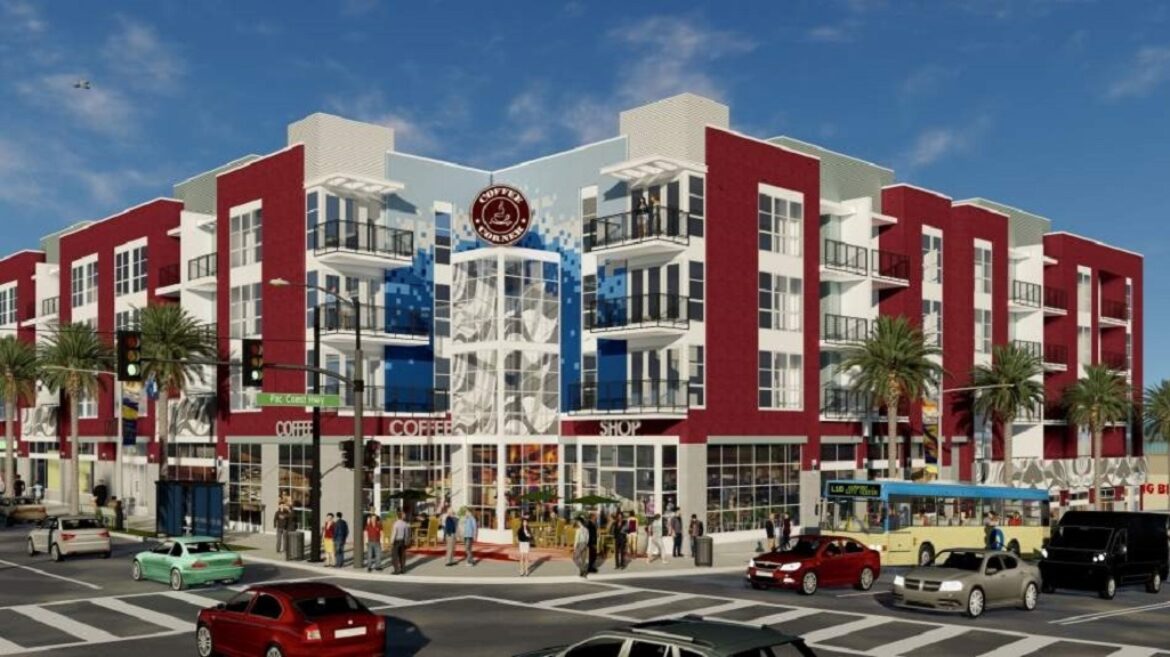 AMCAL Multi-Housing, Inc., a national leader in the development of affordable housing, is about to complete construction on Las Ventanas Apartments, an affordable mixed-use housing development near the Blue Line stop on Pacific Coast Highway in Long Beach, California, that is striving to be certified as LEED Platinum.

Las Ventanas, located at 1795 Long Beach Blvd., features 102 apartments with 1, 2 and 3-bedrooms affordable to individuals and families earning between 20% to 80% of the area median income (AMI). LA County’s “Homes for Health” program has reserved apartments for 15 special needs homeless households.

Las Ventanas sits on a 1.01–acre site with a four-story building and includes street-level commercial space. The community’s transit-accessible location and infrastructure improvements provide residents access to public transportation, parks, markets, education institutions and retail, which are all located within short distances.

The community is striving for LEED Platinum certification. LEED for Homes is a national, voluntary, rating system administered by the U.S. Green Building Council (USGBC). USGBC is a non-profit that promotes the design and construction of high-performance green buildings and encourages the adoption of sustainable practices. LEED-certified homes are more durable, use less energy and water, and provide improved indoor air quality resulting in reduced utility bills and increased occupant comfort.

For a project to earn LEED for Homes certification, it must meet requirements in eight different environmental qualities: 1) Sustainable sites, 2) Water efficiency, 3) Energy and atmosphere, 4) Materials and resources, 5) Indoor environmental quality, 6) Locations and linkages, 7) Awareness and education, and 8) Innovation in design.

The Las Ventanas community exceeds California’s Energy Efficient Standards for Residential and Nonresidential Buildings which is enhanced by Solar Thermal for Domestic Hot Water, Solar PV and Energy Star lighting and Bathroom fans. Each kitchen is being furnished with a stove-oven and a garbage disposal. To help residents minimize expenses, AMCAL has installed ENERGY STAR® appliances including a refrigerator and a dishwasher. All apartments have a patio or balcony for private outdoor space, storage, and modern amenities for living.

To reduce water usage, xeriscape landscaping with a managed irrigation system was planted, and low-flow water toilets, faucets and showerheads were installed.

For more information on LEED for Homes and the USGBC, see https://www.usgbc.org/.

Some of the green features unique to the community are:

“Las Ventanas’ high quality look and design will contribute to improving the neighborhood and provide much needed affordable family housing to the community,” said Percival Vaz, CEO of AMCAL. “We are excited to unveil Las Ventanas with its many environmentally sustainable features and look forward to its positive contribution to the Long Beach community.”

Leasing information can be found at: https://www.lasventanasapthomes.com/. 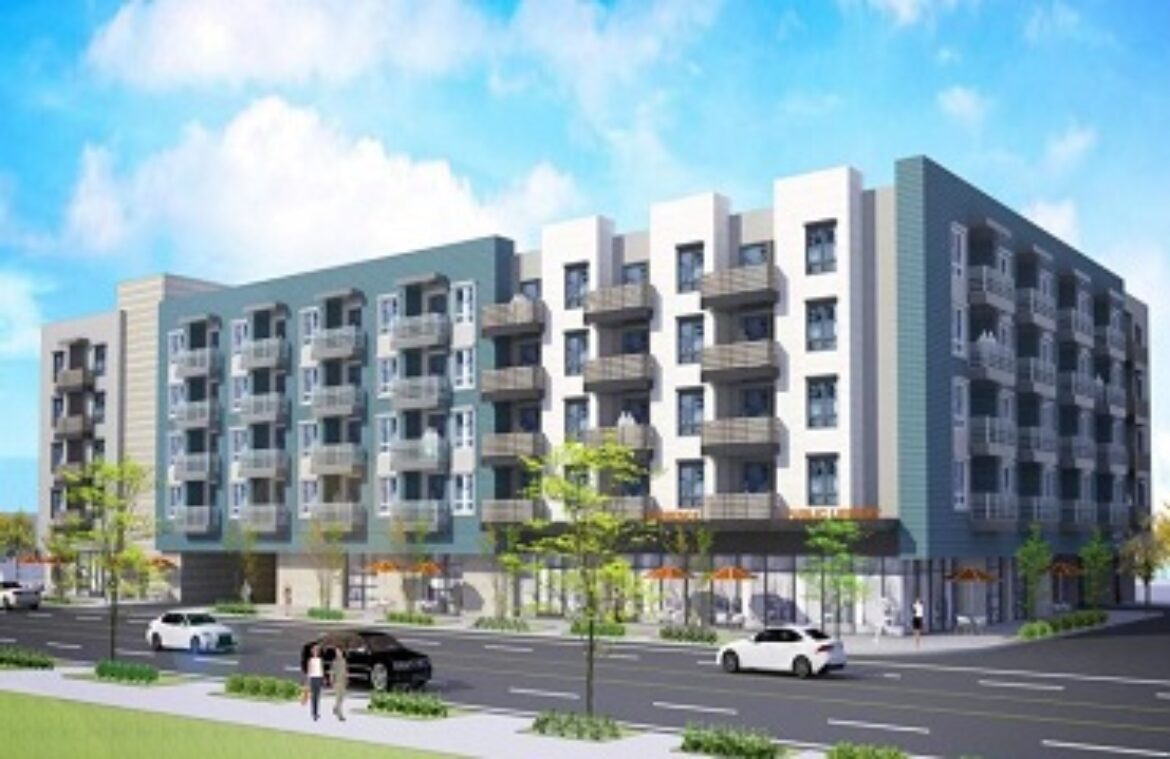 AMCAL is soon set to complete its affordable community in Los Angeles called Florence Apartments located at 1600 E. Florence Avenue. The project recently was noticed by Urbanize LA, and you can read their update on the project here. Information about leasing at the new community can be found here. 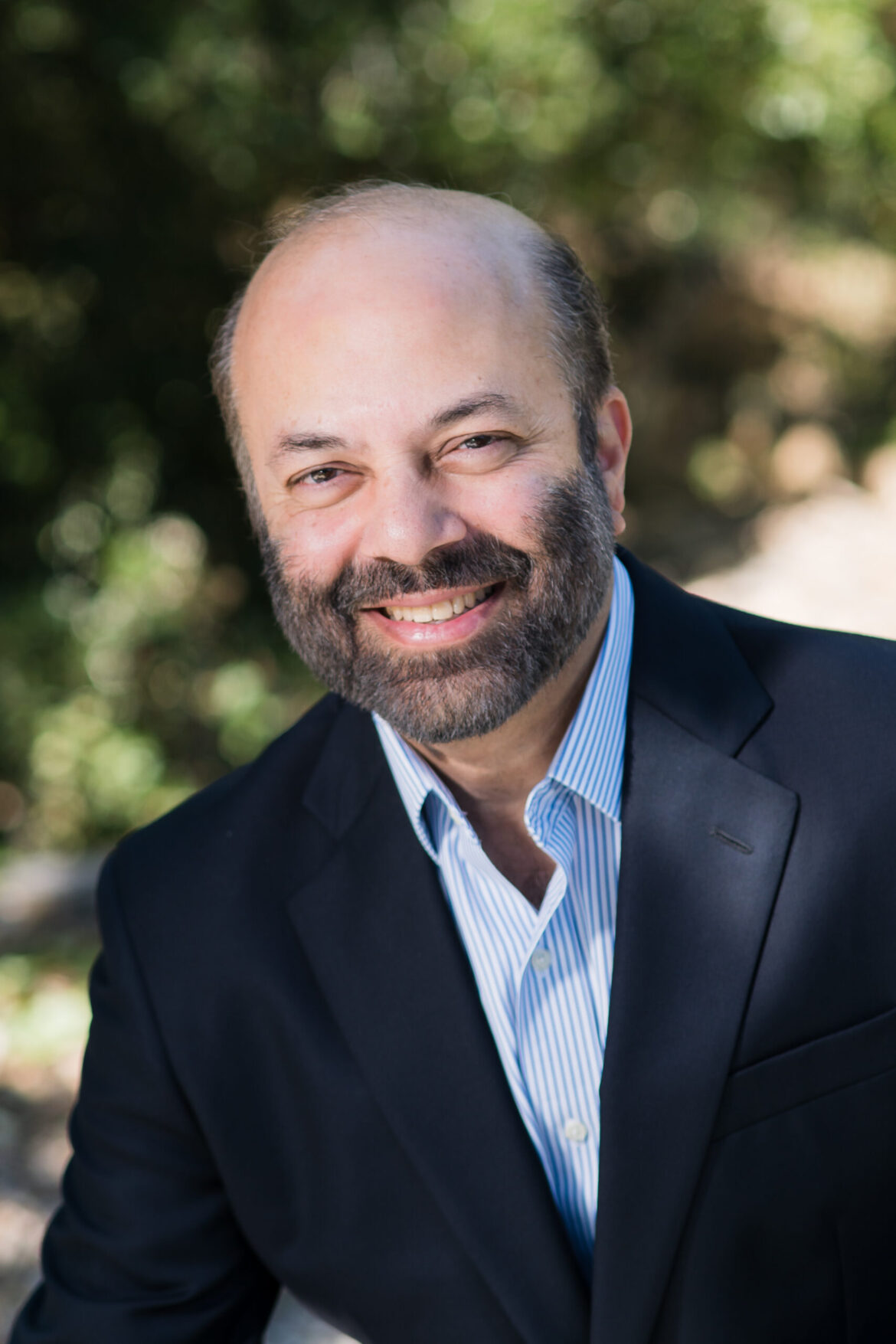 Our President, Arjun Nagarkatti, participated in a developer/owner panel addressing the question: “What is the Outlook for the Affordable Housing Sector in Texas?” hosted by Texas Real Estate Business. The panel (second hour of the webinar) explored expanding markets, affordable housing tax credit coalition and bond cap restraints, collections, reserve requirements and barriers to workforce and affordable housing. You can access the article about it and recording of the session here. 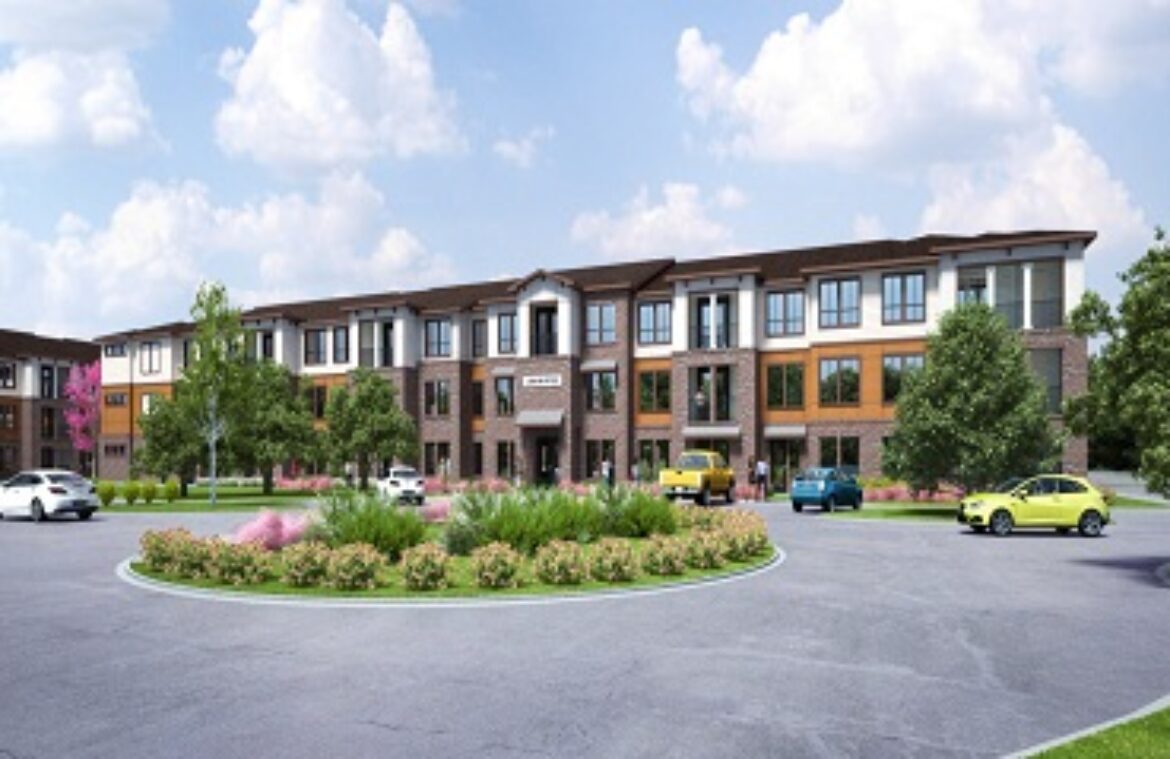 Richcrest Apartments is a 288-unit affordable rental housing community containing a mix of one-, two- and three-bedroom units for individuals and families. The development will maintain designations for a variety of income levels, targeted to be affordable for families earning between 30% and 60% of the Area Median Income.

Richcrest Apartments will serve families and their needs by providing high-quality, affordable housing with modern amenities and on-site services. All units will offer contemporary living for residents. Amenities will include balconies/patios overlooking the shared outdoor space and modernized kitchens and bathrooms to provide the most comfortable living environment for families.

Here’s a link to the virtual groundbreaking ceremony that took place in September.

AMCAL Equities, LLC, has landed $49 million in construction financing for the development of Katy Apartments, a multifamily community located in Katy, Texas.

Greystone provided the loan under HUD’s 221 (d) (4) program. Shana Daby, a managing director at Greystone, originated the debt, structured as a non-recourse, fixed-rate construction loan that converts to a 40-year, fully-amortizing permanent loan when the property stabilizes and finances roughly 85 percent of the total project costs.

Read the story about it here.

Learn more about the project here.

The Grad San Jose was recently ranked the #8 largest construction project by size in San Jose by the Silicon Valley Business Journal. The Grad San Jose is AMCAL Equities, LLC’s newest student housing project near San Jose State University (SJSU). You can read more about the project at this link and get leasing information here. 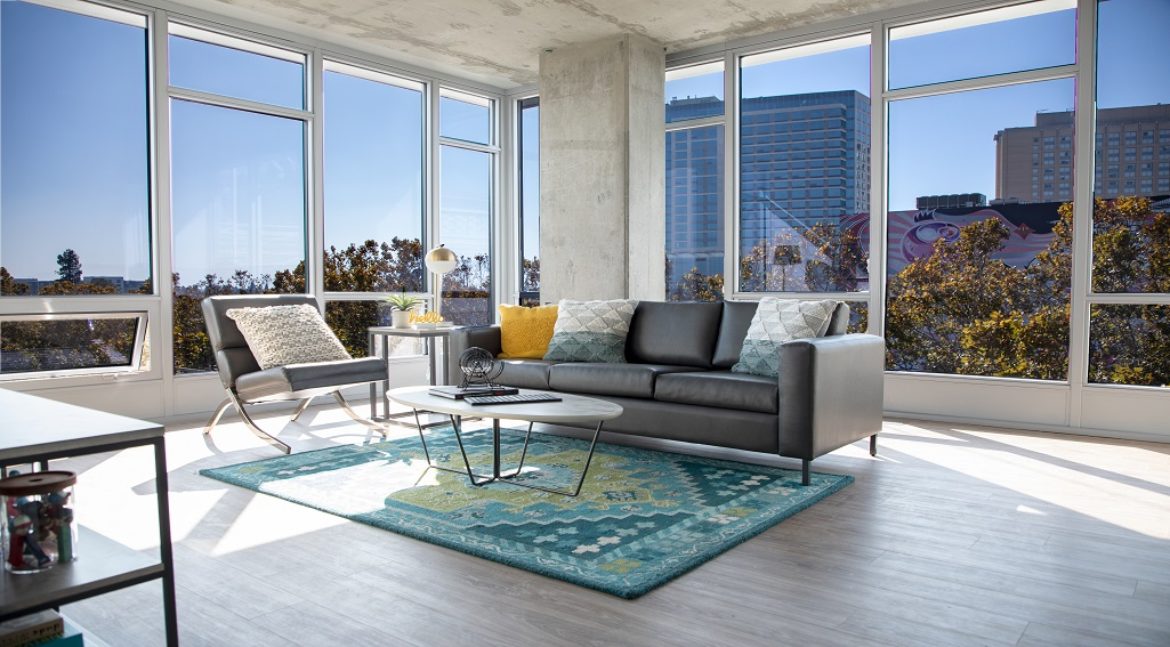 Veteran developer AMCAL Equities, LLC, is poised to complete The Grad San Jose in August — just in time for students who will be returning to SJSU in the Fall.

The Grad sits across the street from San Jose State University and is the first high-rise student housing building in San Jose, California. The Grad is a joint venture project with Swenson.

The mixed-use, 260-unit building will include apartments and student amenities. Most floor plans are designed to give students their own private bathrooms. One four-bedroom floor plan will include three bathrooms.

The Grad was featured in July an article in Forbes Magazine. You can read the rest of the story here.

AMCAL Ranks #15 on the List of the Top 50 Developers 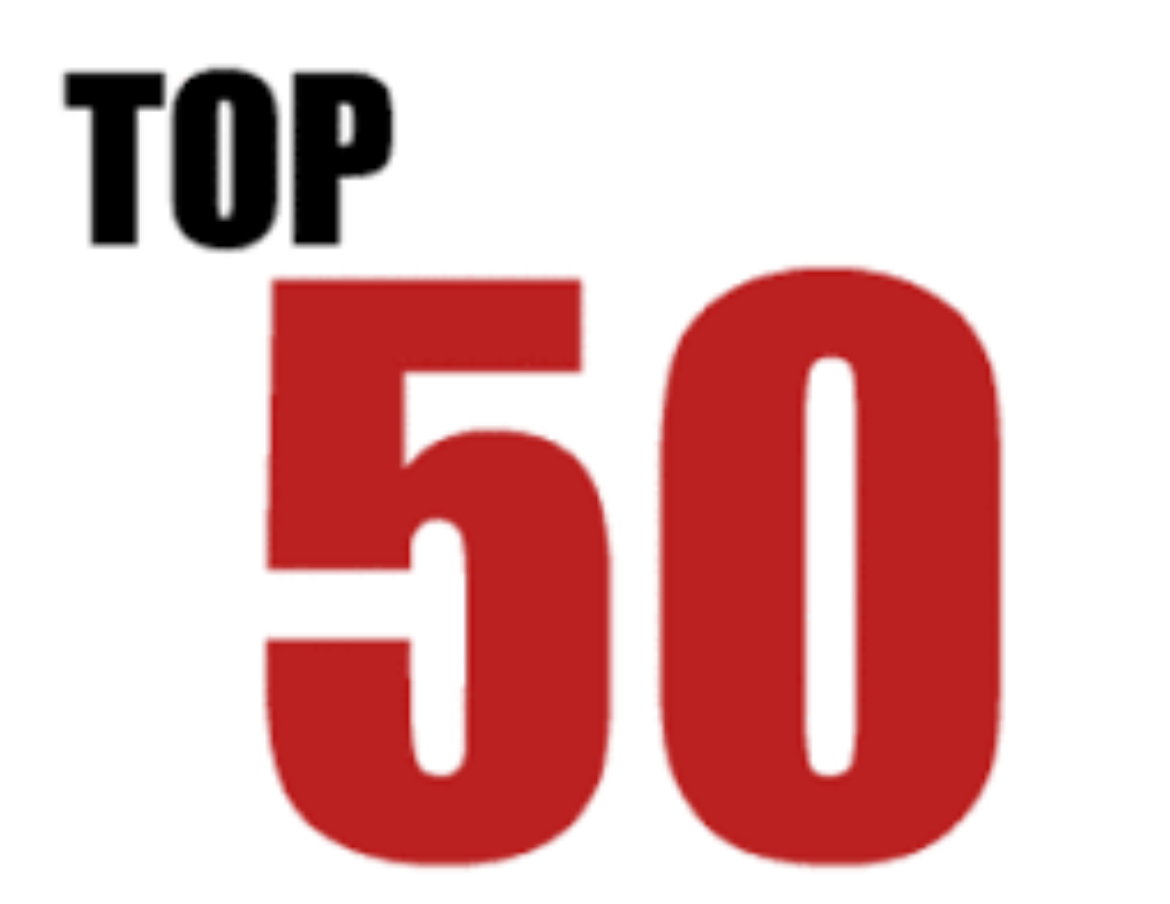 AMCAL made the list of the top 50 developers of affordable housing as determined by Affordable Housing Finance (AHF) Magazine, keeping good company with other developers “who kept the shovels turning despite rising development costs and other challenges in 2019,” according to Donna Kimura, Deputy Editor of AHF Magazine. This is the second year in a row that AMCAL ranked #15. See the entire article at this link. 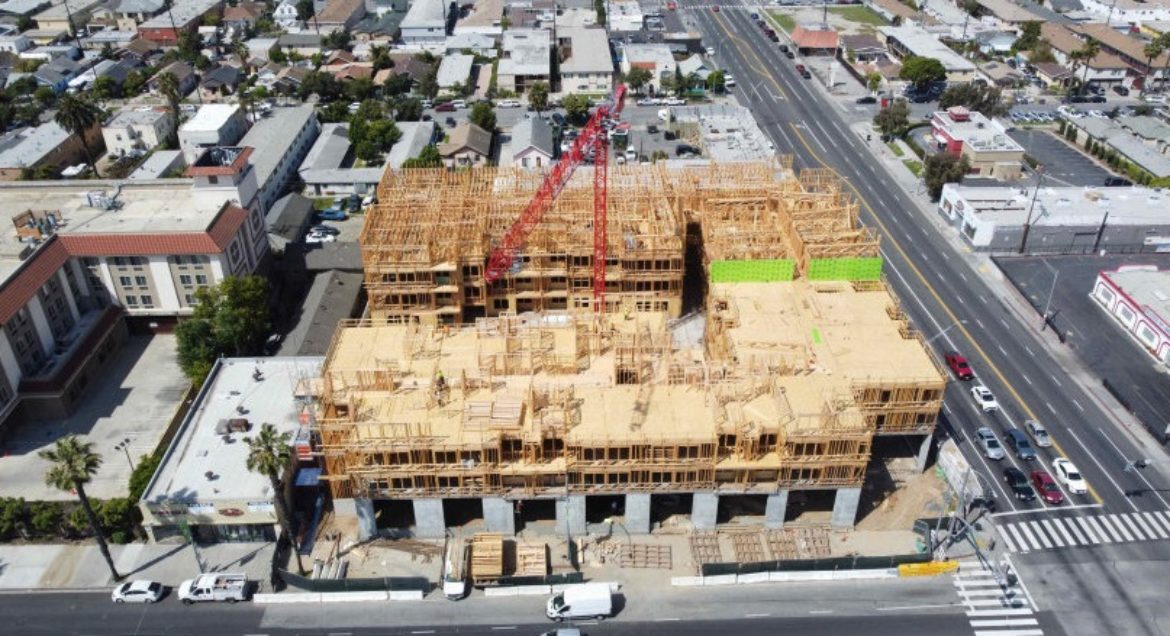 Located at the southwest corner of Long Beach Boulevard and Pacific Coast Highway, the four-story building will feature 102 one-, two-, and three-bedroom apartments reserved for households earning between 30 and 60 percent of the area median income.  Additionally, plans call for 15 apartments to be set aside as permanent supportive housing.

Read the rest of the story. 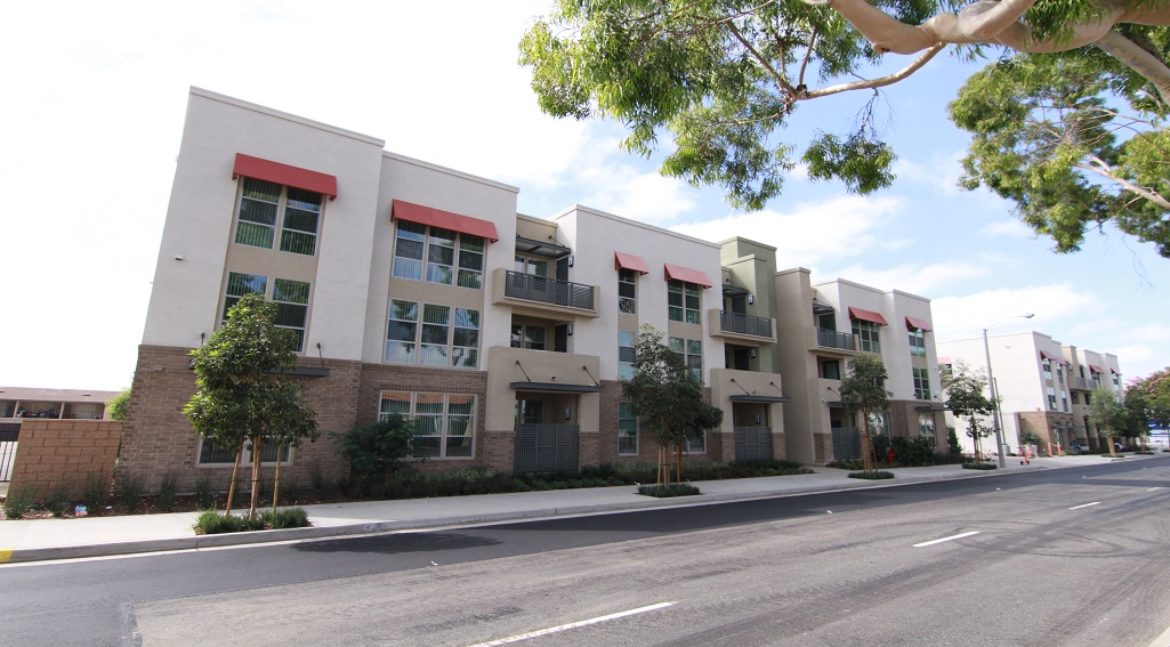 With $8.5 million in funding from the city of Santa Ana, AMCAL Multi-Housing, Inc. has completed the construction of First Street Apartments — a 69-unit high-quality affordable apartment community developed in partnership with the City of Santa Ana.

To make this project possible, the Santa Ana City Council approved a loan for $8.5 million in affordable housing funds. Combined with low-income housing tax credits, construction of the project was able to begin in April 2018 with the demolition of an older, deteriorating office building. The project was completed and the new tenants moved in by late last year.

First Street Apartments is part of a revitalization effort to develop residential uses along the First Street corridor — a key gateway for the City of Santa Ana. The development is located at 1440 E. First St., which is adjacent to a public school, a quarter mile from an OCTA bus stop, within a half mile of the Santa Ana Zoo and less than a mile from a Kaiser Permanente hospital.

“The lack of affordable housing is a growing crisis in Orange County and throughout California,” said Councilmember Vicente Sarmiento, who represents Ward 1 where the project is located. “By investing in development that supports the needs of working families, the City of Santa Ana is planning for a future in which everyone has a place to call home.”

The new apartment community was constructed on approximately 2.16 acres and has apartments ranging in size from 782 to 1,219 square feet, with two-, three- and four-bedroom units for larger families, which are rare and needed in Santa Ana. Rents range from $741 for a two-bedroom apartment to $1,984 for a four-bedroom apartment. Half of the units are reserved for extremely low-income households earning 30% of the Area Median Income.

“First Street Apartments will improve the lives of some of the most vulnerable members in our community while revitalizing a major corridor into the city,” Mayor Pro Tem Juan Villegas said.

Residents in the project were chosen through a lottery process that had over 1,100 applications. The deadline to apply has passed and the building is fully occupied.

“Before living at First Street Apartments, I found myself struggling financially to pay rent,” said Diana Huaynate, 32, who has three sons. “I was living paycheck to paycheck, even sometimes that was not enough.”

“I am happy and blessed to be a resident at First Street Apartments,” she said. “Not only is the rent manageable, but it offered me and my kids a space of our own; the property is so nice, it has its own park, laundry facilities, bike storage for my sons’ bikes, and they offer social services and lots more amenities that you wouldn’t have unless you paid a lot in rent.”

First Street Apartment is unique in that it will serve large families with contemporary living features that include balconies and patios, parking garages, and modern bathrooms and kitchens. The outdoor community features include an open courtyard with seating areas for residents, a barbeque area, a tot lot for children to play and a community garden.

The community consists of six residential buildings and a community laundry facility. Residents have access to a community room and a computer lab that provides space for educational and social services for residents. Social services include adult education and health services such as computer training, job training, English-as-a-second language classes, nutrition programs and parenting classes.

Click here to see more about this project and for a link to the project’s leasing website.